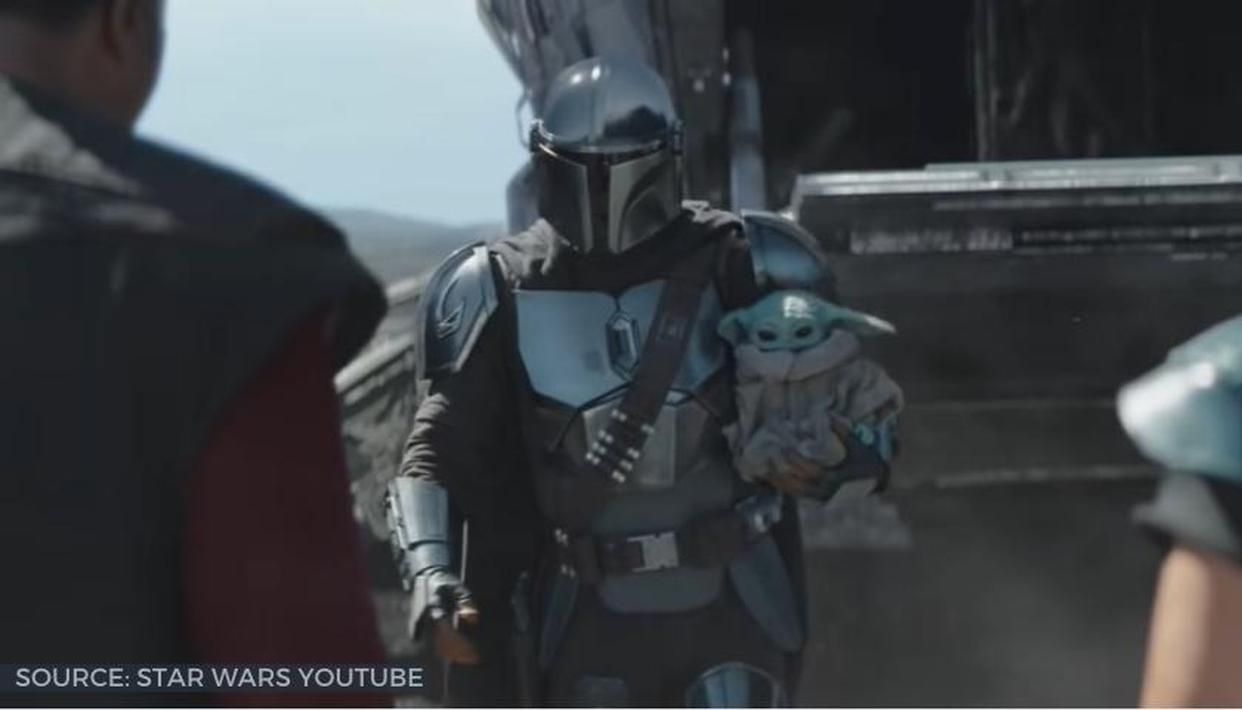 ‘The Mandalorian’ season 2 makers have released a new special look ahead of its premiere on Disney Plus. It has new footages from the upcoming Star Wars series.

Star Wars: The Mandalorian season one earned much anticipation from viewers on Disney Plus. The series was renewed for season two and even a third instalment is under development. Now ahead of its season two premiere, the makers have dropped a fresh special look.

The makers have released a new small video giving fresh footages from The Mandalorian season 2. It shows Din Djarin teaming up with his old colleagues, Cara Dune and Greef Karga, in order to reunite The Child aka Baby Yoda to his kind. It hints that the bounty hunter is also in search of other Mandalorians who can guide him. Towards the end of season one, all the bounty hunters left their hiding spot and went into the open.

The latest video builds upon the previously released first trailer of the series. The Mandalorian season 2 special look features more of Dune and Karga, as they were not seen much in the first trailer. At the end of the clip, Mando is seen taking a flight in his new jetpack. The Mandalorian season 2 will be streaming on Disney Plus from October 30, 2020. Check out the recent clip below.

The Mandalorian season 2 cast will have Pedro Pascal reprising his titular character as Din Djarin. Although the trailer focuses only on the journey of Mando and Baby Yoda, there are several Star Wars characters that will appear in the series. Carl Weathers and Gina Carano will also make a comeback as Greef Karga and Cara Dune, respectively.

Giancarlo Esposito will return as Moff Gideon. He was prominently seen only in the last episode of season one but is expected to have a bigger role in the second instalment. The new cast is said to feature Temuera Morrison as Boba Fett, Rosario Dawson as Ahsoka Tano, along with Michael Biehn, Katee Sackhoff, Sasha Banks and Timothy Olyphant.

The Mandalorian season 2 will follow the bounty hunter as he is on a mission to take the Child to his home. The directors include showrunner Jon Favreau, Bryce Dallas Howard, Carl Weathers, Dave Filoni, Peyton Reed, Rick Famuyiwa and Robert Rodriguez. Favreau is executively producing the series along with Filoni, Colin Wilson and Kathleen Kennedy. Karen Gilchrist serves as co-executive producer. The series is speculated to have around eight episodes, resembling the first season.

Happy birthday Anne Hathaway: When she confessed to looking up Priyanka Chopra online every night

Chadwick Boseman will not be ‘resurrected’ with digital trickery in Black Panther 2, says Marvel executive